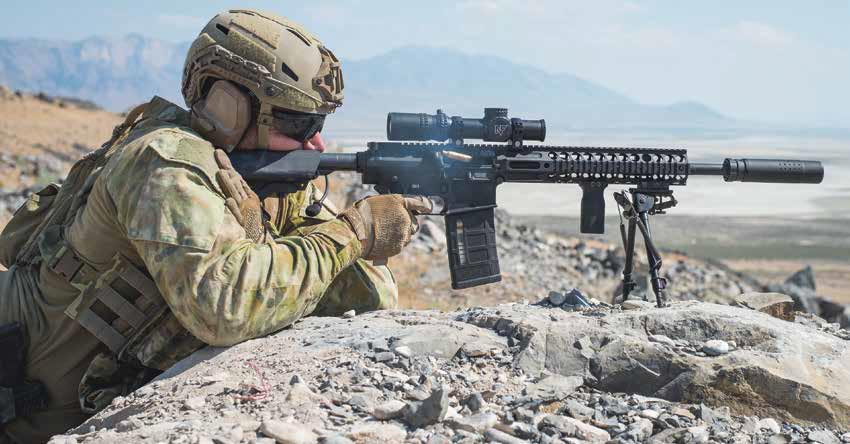 South Australian business Lightforce has linked with companies across the world to form vertically-integrated small arms firm Force Ordnance in answer to Australia’s defence build up.

Force Ordnance CEO Monika Leniger-Sherratt said the time was right for a local small arms company to set up in Australia to meet the requirements of the military, law enforcement and government.

Started by Dr Ray Dennis, a dentist from Cleve on South Australia’s Eyre Peninsula more than 35 years ago, Leniger-Sherratt said it was only now that the time was right to manufacture weapons in Australia.

“He (Dr Dennis) has invested a lot of time, energy and IP over in the US because the Australian climate has never really been ready for firearms related or defence related development,” Leniger-Sherratt said.

“Now over the last few years obviously we have seen the government do quite a lot of work in terms of opening up the defence space which has now, strategically, allowed us to think about setting up a division purely focussed on providing small arms solutions in line with the Land Projects, and in line with the export Whitepaper the government came out with.”

Australian Minister for Defence Christopher Pyne said the project was valued at up to AU$1 billion over its 13-year life cycle and would deliver a range of items of equipment.

“This investment under LAND 125 Phase 4 will ensure our soldiers have the mobility and protection to deploy quickly and achieve their mission as an integral component of the ADF,” Minister Pyne said.

In a bid to win some of this work, Force Ordnance has partnered with US-based military weapons manufacturer Lewis Machine & Tool as well as SilencerCo. and Cadex Defence rifles to build their base models. These will then be modified according to feedback from clients.

“What we want to do differently is get the feedback from the end users and if there are some tweaks required, because we have the facility here in South Australia we will be able to change them over very, very quickly,” Leniger-Sherratt said.

Leniger-Sherratt said that being able to use Titomic’s technology would allow their systems to be easily adaptable and much lighter.

“With Federal Defence wanting to lean out the weight of all of the equipment that our soldiers use, titanium kinetic fusion will certainly go a long way in terms of being able to provide stable, strong options other than steel and aluminium,” she said.

“There are so many variables and so many different options that we can utilise that particular technology in that we are just starting to scratch the surface.”